Announcement: international conference on BRICS and Global Governance on 8 September 2017 at Egmont Palace 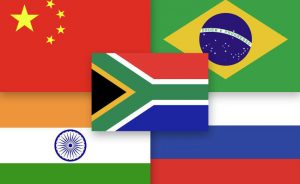 An international conference will take place at the Egmont Palace in Brussels on 8 September 2017. The conference is organised by BACES, the Egmont Institute, Confucius Institute at VUB and the Embassies from 5 BRICS countries (i.e., Brazil, Russia, India, China and South-Africa).

The BRICS members are all leading developing or newly industrialised countries, and all are G-20 members. As of 2015, the 5 BRICS countries together represent over 3.6 billion people, 40% of the world population, GDP of US $16.6 trillion, 22% of gross world product. Since 2009, the BRICS states have met annually at formal summits. China, in its role of presidency-holder, will host the 9th BRICS summit in Xiamen, China on 3-5 September 2017.

Working with the Chinese embassy to Belgium, the Brussels Academy for China and European Studies (BACES), together with Egmont Institute (the royal institute for international relations), and the Confucius Institute at VUB,plans to organise this international conference on BRICS and Global Governance. All BRICS embassies in Brussels have agreed to be involved and provide support.

The conference will have three parts: